There is something of this current coronavirus “house arrest” that feels very familiar to me. I was a latchkey kid in the 80s: daughter of a working mom, an indoor kid with few real friends. When I was very small, I had a nation of imaginary pals who spoke to me through an emissary rather than just one made-up buddy whose name I knew. So it’s no wonder that, despite not coming from a family with a strong literary bent, I’d been reading anything I could get my hands on ever since I first learned to: Sweet Valley High from the stationery store; Daphne du Maurier and Voltaire from the middle school library; Jackie Collins paperbacks found in the rec room at my dad’s apartment building. I may not have had friends in my classes but I had worlds of them on the page.

I ploughed quickly through the books I’d packed my first year at sleepaway camp — two full months, at age nine, of being forced to play volleyball and shit, being bullied just as badly as I’d been at home, with the tonal enhancement of stoned teenagers being in charge instead of teachers and parents. So when I got home, I wanted painfully to be alone. But I didn’t want to be without a plot. We were early cable adopters so I had 30+ channels at my fingertips, a preponderance of stories through which to escape. Soap operas on ABC, cult flicks on USA, Emmet Otter’s Jug Band Christmas on HBO, softcore porn on the channels you had to unlock with the key my eventual stepdad kept with the loose change in a wooden bowl on his dresser — in the absence of attentive parenting and a large social network, I fell even deeper into stories, gleaning what knowledge I could from what I watched.

It wasn’t until I took a feminist film class in college that I learned about critical viewing; in the case of that class it was all about the male gaze, what it might mean when Marlene Dietrich shows up in the last scene of Blonde Venus wearing a tight coat, huge fur collar, and close-fitting hat, looking for all the world like a penis. I started watching TV and films with an expanded eye, suddenly aware of the person behind the camera, the writer of the script, the designer of the costumes and the sets and the lighting and sound, and the fact that they had perspectives and biases of their own. Seeing Allison Anders’s Gas Food Lodging in 1992, I was blown apart by a scene wherein the single mom, sitting on the toilet, shakes an empty box in the air and yells to her teenage daughters, “Who used the last tampon?!” This was something I’d never seen before, a depiction both comfortingly real and, by nature of its fresh rarity, practically fantastical.

As a writer, it would take many more years to pry open the aperture imposed upon me as a student of literature, a creative writing major with all male teachers and a largely white male canon that I was instructed to aspire to. I found Susan Minot, Katherine Dunn, and Jeanette Winterson outside of the classroom and therefore assumed they weren’t literature at all. But as a consumer of stories onscreen, I started thinking about who those stories were created by and their effects on me before I’d left my teens. That said, it wasn’t until, in my 30s, when I began revisiting some of the movies I’d watched on cable and in theaters as a kid — those friendly lifelines of escapism — that I understood which of those films had offered me a feminist message, one that went into the hopper along with all the sexy rock gods and globe-trotting jewel thieves, popping up when I needed them like the best pieces of popcorn.

The films below are, in fact, popcorn movies: They’re all fun to watch, almost all of them got wide distribution, and two even appear to have had decent budgets. While they are not necessarily fine films or art movies (and they are white as hell) they all stand out as stories of women flipping the bird to society, either because they’re fed up with what the patriarchy expects of them or because society itself has fallen apart and they just happen to be badasses who can take care of themselves. 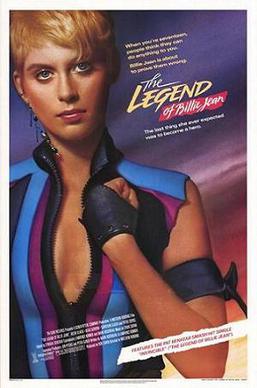 The Legend of Billie Jean

If I could convince you to see any of the movies on this list, I’d want it to be this one. I do not understand how it got made, with a budget that afforded decent production design and original songs by Pat Benatar and Billy Idol and a story about eating the rich and dismantling the patriarchy. A poor teenage girl (Helen Slater) stands up to the father of a classmate who bullied her younger brother (Christian Slater, somehow no relation), gets sexually harassed, her brother fucks some shit up, they go on the run, an entire nation of teenage girls cut their hair like her and act as an underground network to protect the siblings, she becomes a modern-day Joan of Arc, and they literally burn the place to the ground. The movie tanked. WE WEREN’T READY. 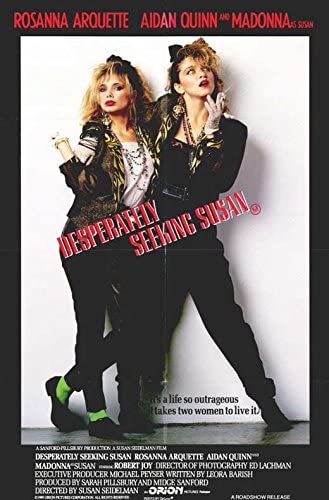 On the one hand: Criterion Channel. On the other: Madonna. Sure, Susan and Roberta (Rosanna Arquette) have cute boyfriends. Sure, they’re pretty. But this is a movie about a woman bored with her prescribed role in society who idolizes another woman, pursues her lifestyle, and then the two save the day together. There are a hundred sly comments on gender roles both spoken and shown. Think of it as a very hip (yes, that’s John Lurie playing saxophone in the apartment across the way, and Ann Magnuson selling cigarettes at the nightclub) downtown NY version of Killing Eve, with way fewer murders. 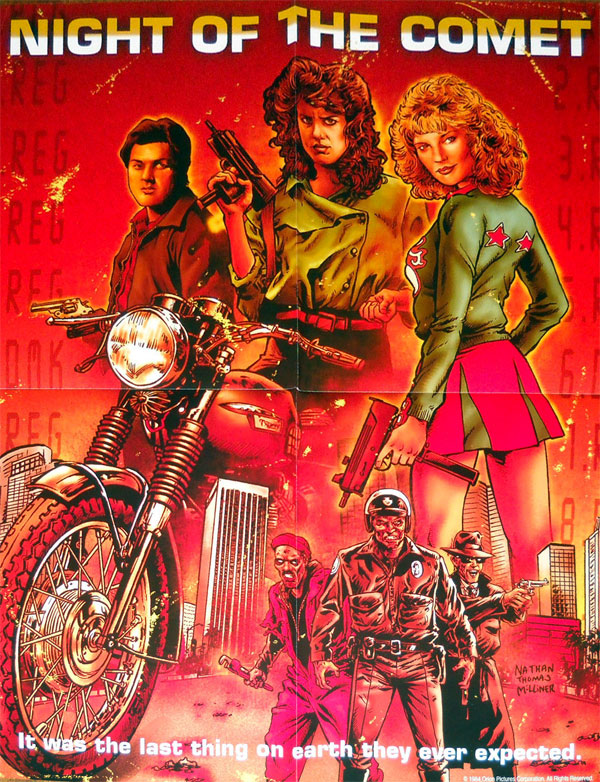 Night of the Comet

If you like cheesy sci-fi and horror, you’ll love this. I loved it for the mismatched teenage sisters — the cheerleader and The Cool Girl — who survive a comet-induced zombie apocalypse and then go on to survive further because they know how to shoot guns and don’t need dudes to save them (though they do briefly fall out over one). And yes, they go to the mall. 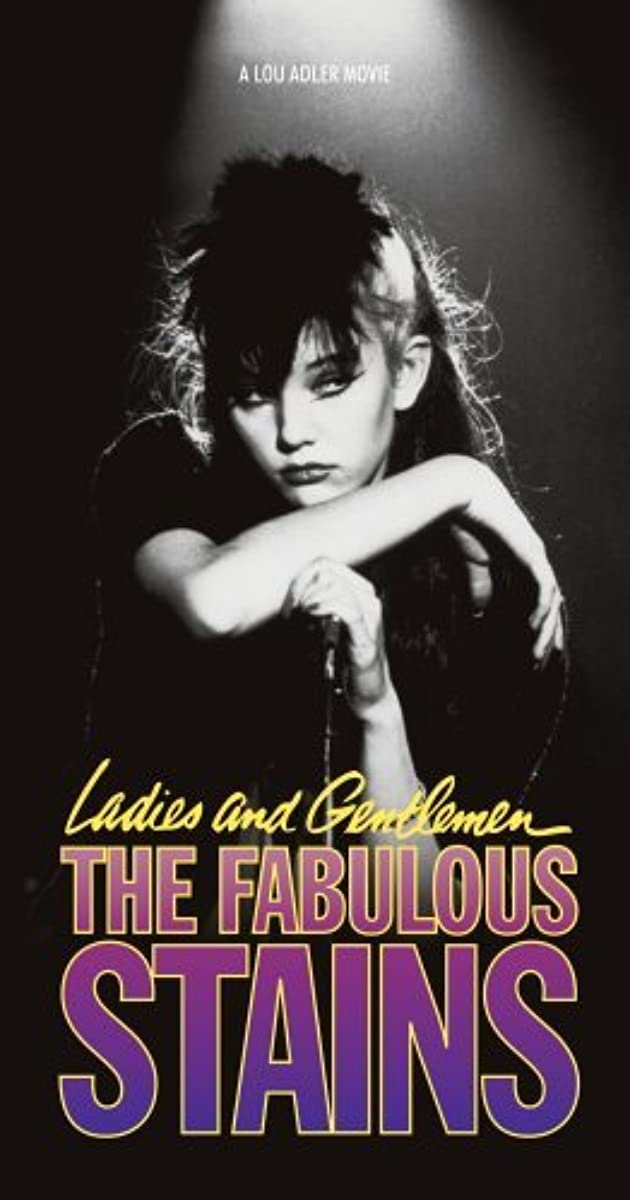 Ladies and Gentlemen, The Fabulous Stains

This one is a bit of a cheat as I didn’t see it on cable or in theaters in the ’80s (though it was aired on Night Flight at some point). But this weird tale of a teenage misanthropist who shows the world who’s boss with awkward, poorly played music, skimpy outfits, and a bad fucking attitude about everything — and stars little baby Diane Lane and Laura Dern — climaxes in a kill-yr-idols moment that mirrors that of The Who’s Tommy, a movie I did see multiple times growing up. Instead of the rejection of a neo-Christian cult (and Ann-Margaret rolling around in baked beans), Ladies and Gentlemen, The Fabulous Stains gives us redemption of its accidental rock star via the forgiveness of teenage girls (and Paul Simonon looking very cool and fine as hell). The director also produced The Rocky Horror Picture Show, and the inexplicably off-kilter world-building is definitely a relation.

Stefanie Kalem has been writing professionally since 1996, during which time she’s published work about social media celebrity for Jezebel; female jockeys, cuddle parties, gentrification, and much more for the East Bay Express; cocktails for Oakland magazine; music for Creative Loafing Tampa (then the Weekly Planet) and others; and fashion and style for Shojo Beat. Stefanie is the former editor-in-chief of the late, great Bay Area arts-and-culture quarterly Kitchen Sink, to which she contributed short fiction, essays about rock musicals and her sex life, and a large portion of blood, sweat, tears, and love. More of her writing is available at http://stefaniekalem.com/